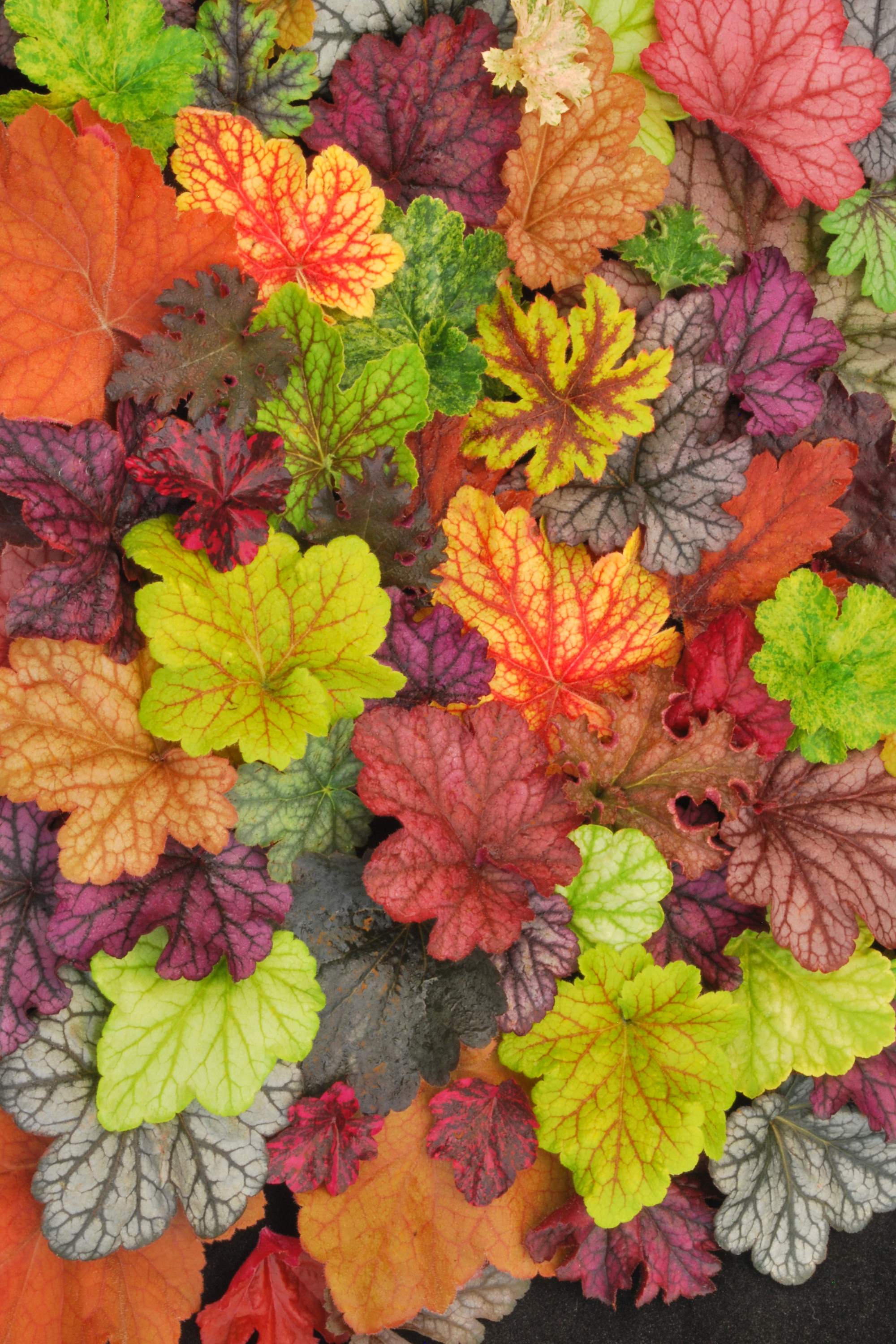 A Heuchera with a Tiarella?

There’s nothing unusual about species within the same genus getting together to form new hybrids. With or without human intervention, it happens all the time. But crossing the genus line within a family is quite unusual. The result here: a striking new genus blending the best traits of each parent.

In modern times, the most striking breeding has come from Terra Nova Nurseries in Oregon. We offer only their introductions.

The only downside in this case of strange bedmates: The lovely offspring is known by an odd mishmash nickname. Coral bells conjures up an image of pink, bell-shaped blooms, and Foamflower accurately evokes frothy panicles. But … what the heck are “foamy bells?” 70's blue jeans in the wash? Let’s stick to the Latin.