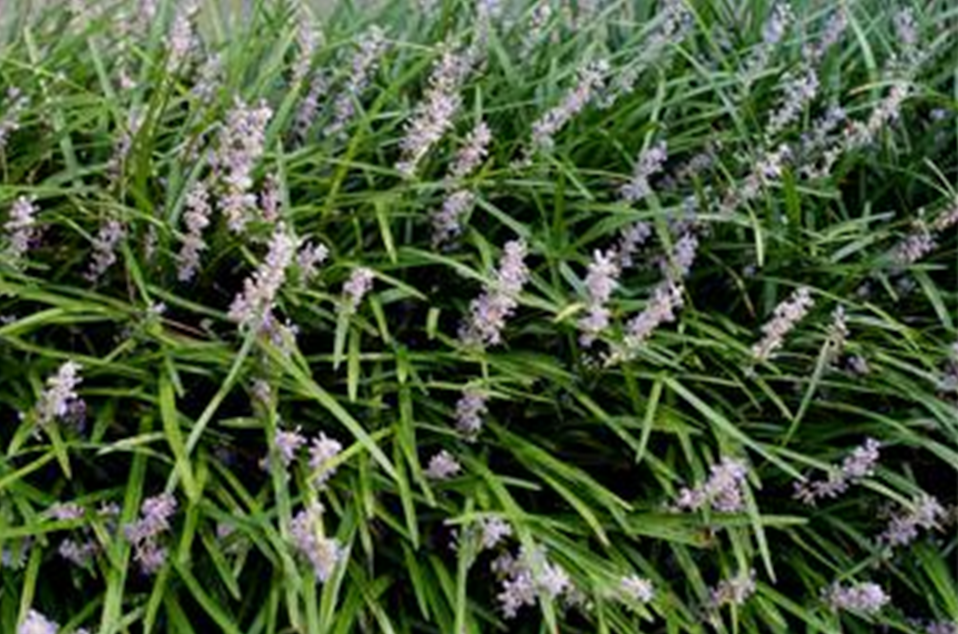 Liriope tolerates some drought, some salt; will grow in moist soil, but prefers well-drained, loamy sandy or clay soils with a pH of acidic to alkaline; it is generally allergy free. This native of Eastern Asian forests will grow almost anywhere, in any conditions and is easily transplanted.

Liriope muscari (musk-are-eye) blue lily turf. Leaves are 1 to 1 ½ feet long. Pretty clusters of lavender flowers on spikes are the same height as the grass-green leaves. Blooms in late summer.

One of the best groundcovers for erosion or weed control, even on the steepest hillsides, is Liriope spicata. If you can get it in the ground or put some dirt on the roots, it may spread aggressively by underground runners. Liriope muscari, the clumping liriope is almost as tough, but does not spread by runners.